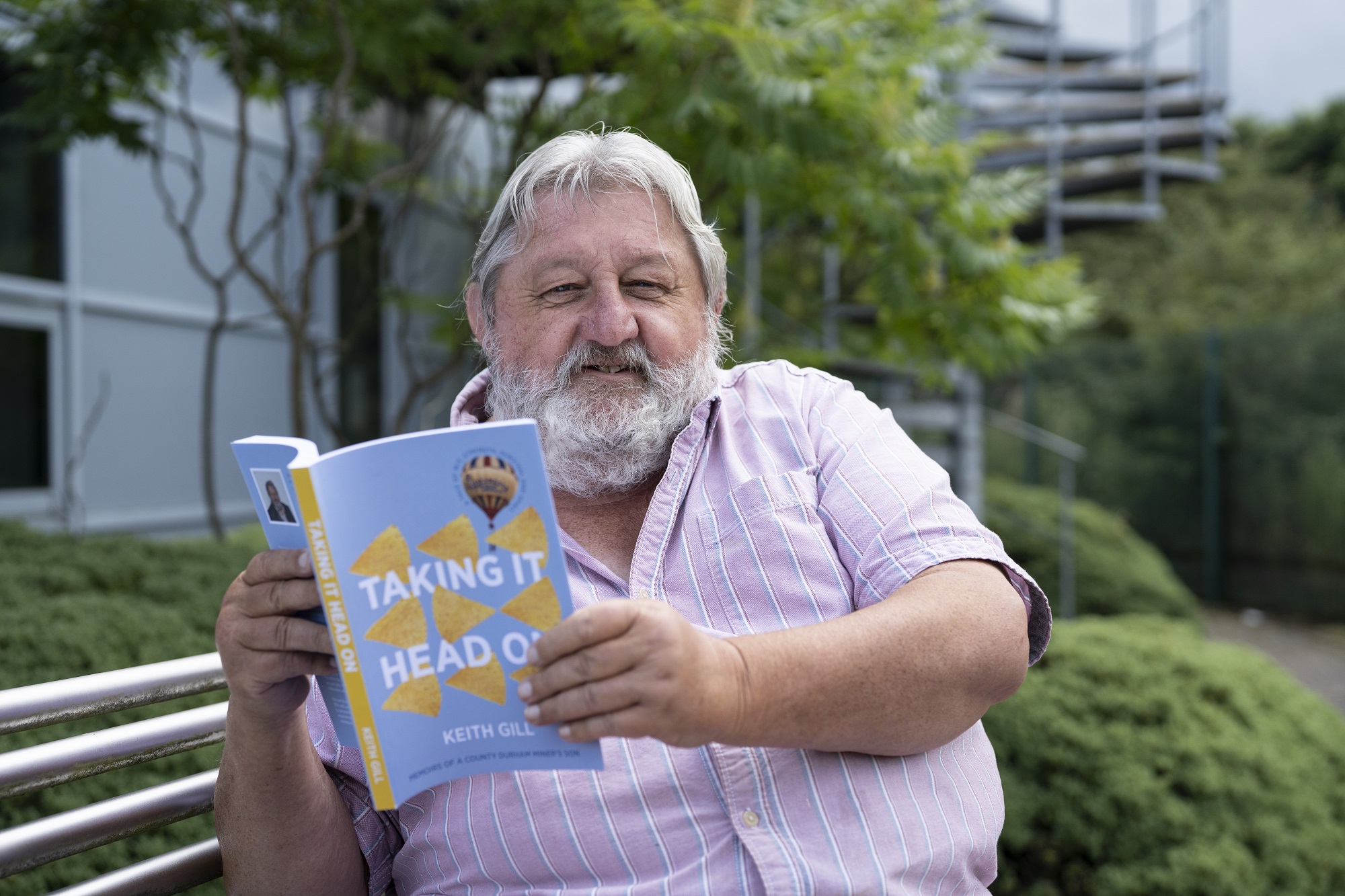 NORTH East entrepreneur Keith Gill, one of the founders of the snack brand Phileas Fogg, has written his memoirs, detailing his life and career spanning five decades.

The memoirs are in two parts.

Taking It Head On: Memoirs of a County Durham Miner’s Son is Part 1 and was penned during the months of lockdown. Keith started practicing his writing over a decade ago through travellogs, blogs and Facebook posts.

The 70-year-old, who is Durham born and bred, now spends his time running a luxury bed and breakfast, The Old Post Office in Lanchester, with his wife Pauline.

However, it is his involvement in the creation of the Phileas Fogg snack brand – which transformed the adult snack market and put Consett, where the brand was created and developed, on the map – for which he is best known.

Boosted by memorable TV advertising campaigns, some of which included the fictional Consett International Airport and Punjab Airways, Phileas Fogg became a household staple thanks to its ‘grown up’ textures and flavours which gave consumers a taste of the world.

A decade after founding it, Keith Gill and his business partners sold the business in a multi-million-pound deal.

Keith said: “I had thought about writing a book for many years and had actually done a fair bit of work on it in stages but never got round to completing it. During lockdown, when the B&B was forced to close, I had more spare time so decided to make it my project. At that stage it was something to keep me occupied and the plan was the finished book was something my family and I could enjoy.

“However, word started spreading that I was penning my memoirs and friends and acquaintances got in touch to see if they could get a copy when it was finished. That’s when I decided to make it a proper published book which would be available to buy.

“I must admit it was a nerve-wracking experience. As a first-time writer my biggest concern was the quality of my work, but the early drafts received positive feedback, so I carried on.

“Throughout the writing of the book, I was so disciplined, setting myself targets for how many words I wanted to draft each week, and speaking to friends and family to make sure everything I was recollecting was accurate.”

Keith drew on the support of his Phileas Fogg and Tudor Crisps business partner Roger McKechnie to ensure the details of their time together were correct – they were, because as Keith says he has “been blessed with a good memory”.

Taking It Head On: Memoirs of a County Durham Miner’s Son, details Keith’s journey from his birth at Dryburn Hospital in Durham; his childhood growing up in villages across County Durham; and his school and college years.

Keith also relives his first steps into employment and being selected by betting company Ladbrokes for a six-week ‘schooling’ programme, which saw him finish third of 200 recruits nationally and be put through a management training programme.

Finally in 1977 Keith started at Tudor Crisps in Peterlee, which as he recalls was a ‘wow’ moment when he eventually discovered marketing and it discovered him. Keith worked for the company until 1982 when he left and it was from here that the Phileas Fogg journey began.

Keith added: “Penning my memoirs has been such a terrific experience for me. I am fortunate and blessed to have had some great support along the way, which has certainly helped me as it’s up there with the hardest things I’ve done.

“If my entrepreneurial journey can inspire and enthuse the next generation, who can see that anything is possible with hard work and determination, then I will be even more proud to have helped but my proudest achievement is having helped create over 400 jobs and livelihoods for families across both parts of my overall journey in my native North East”.