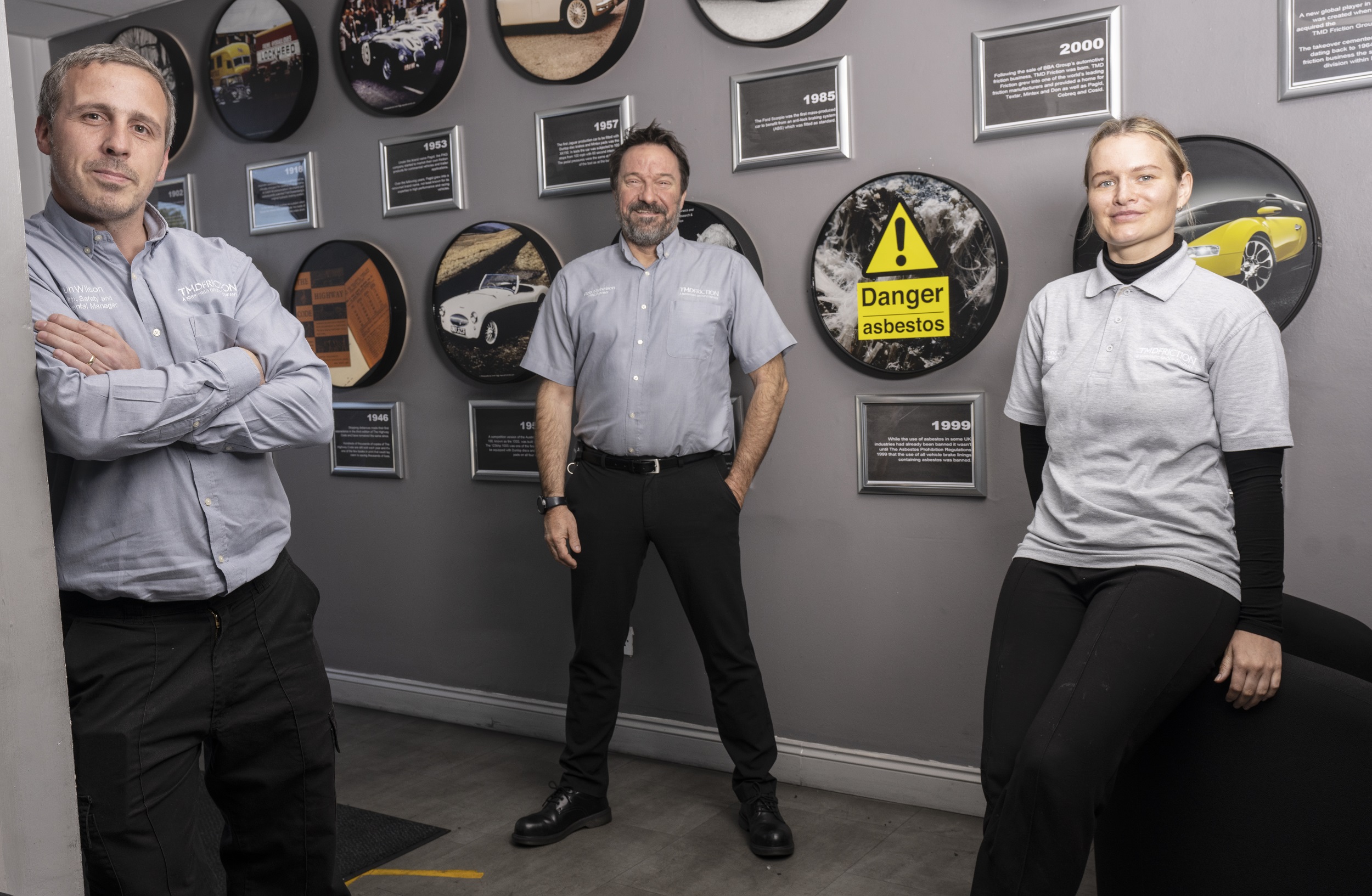 THREE new appointments have been made to form a new dedicated Environment, Health and Safety team at TMD Friction in Hartlepool.

The team is spearheaded by manager Shaun Wilson, who joins the global automotive manufacturer from Caterpillar in Peterlee.

He was brought in to drive forward TMD Friction’s commitment to creating a safe and healthy environment for staff and to reduce the number of accidents on site which lead to lost time on the production line.

Shaun was also given the opportunity to cherry pick his own support, which led to the appointments of Rob Nicholson, whom Shaun worked with at Caterpillar, and Leanne Jones, who brings with her a wealth of industry experience and knowledge, having previously worked at KP Snacks.

The team will also support TMD Friction’s sites across the UK.

Shaun said: “I was brought into the business because TMD Friction wanted its UK sites to go on a journey across the health and safety spectrum. They wanted to create a team dedicated to this area, that could engage the workforce and ultimately make the plants a safer place to work for everyone.

“What we have initially focussed on is speaking with all teams within the business to get them bought into our aims and objectives. It really is about ownership and although my team is leading on this, we need the buy-in of everyone to achieve what we want to.

“We have also developed a three-year strategy, looking at preventing accidents through risk reduction with our main focus on critical life risks such as work at height, lock out tag out and mobile equipment and pedestrian interaction. Our slogan is ‘Say No To Risk’ and we want everyone to understand this – if any member of staff sees risk anywhere we want them to speak up.”

Since the team was launched, they have already reduced accidents across the Oakesway Industrial Estate plant by 29 per cent and cut the number of accidents which resulted in lost time from four to one.

TMD Friction manufactures brake pads for 95 per cent of the models of Europe’s aftermarket, including emergency services vehicles and many of the major distribution small trucks and vans.

The past 18 months have seen 52 new products introduced at Hartlepool and two new flagship customers added to TMD Friction’s portfolio of automotive manufacturers.

The company’s other UK sites in Elvington, Warrington and Cleckheaton have also benefited from investment to support operations at Hartlepool.

Tom Russell, UK Operations Manager, said: “Environment, Health and Safety has always been at the front and centre of everything we do at TMD Friction, however with the appointment of a dedicated team led by Shaun Wilson, we feel that we’re very much building for the future, our continued growth here in Hartlepool and working towards an accident-free site.